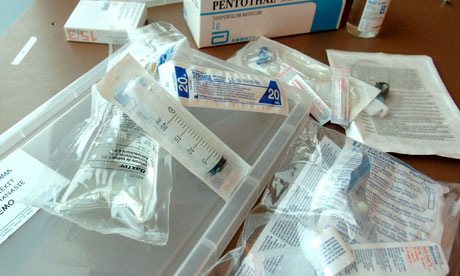 A controversial system of mobile euthanasia units that will travel around the country to respond to the wishes of sick people who wish to end their lives has been launched in the Netherlands.

The scheme, which started on Thursday , will send teams of specially trained doctors and nurses to the homes of people whose own doctors have refused to carry out patients’ requests to end their lives.

The launch of the so-called Levenseinde, or “Life End”, house-call units – whose services are being offered to Dutch citizens free of charge – coincides with the opening of a clinic of the same name in The Hague, which will take patients with incurable illnesses as well as others who do not want to die at home.

The scheme is an initiative by the Dutch Association for a Voluntary End to Life (NVVE), a 130,000-member euthanasia organisation that is the biggest of its kind in the world.

“From Thursday, the Life End clinic will have mobile teams where people who believe they are eligible for euthanasia can register,” Walburg de Jong, a NVVE spokesman, said.

“If they do comply, the teams will be able to carry out the euthanasia at patients’ homes should their regular doctors be unable or refuse to help them,” he added.

The Netherlands was the first country to legalise euthanasia in 2002 and its legislation on the right to die is considered to be the most liberal in the world.

But doctors cannot be forced to comply with the wishes of patients who request the right to die and many do refuse, which was what prompted NVVE to develop a system to fill the gap.

Sick people or their relatives can submit their applications via telephone or email and if the patient’s request fulfils a number of strict criteria, the team is then dispatched.

Legal guidelines state that the person must be incurably sick, be suffering unbearable pain and have expressed the wish to die voluntarily, clearly and on several occasions.

According to De Jong, the team will make contact with the doctor who has refused to help the patient to die and ask what his or her reasons were.

More often than not, he said, the motivations are religious or ethical, adding that sometimes doctors were simply not well enough informed about the law.

If the team is satisfied that the patient’s motives are genuine, they will contact another doctor with whom they will start the euthanasia process.

“They will first give the patient an injection, which will put them into a deep sleep, then a second injection follows, which will stop their breathing and heart beat,” De Jong said.

Every year 2,300 to 3,100 mercy killings are carried out in the Netherlands, although opponents of the practice claim the figure is much higher because many cases are not registered. The Royal Dutch Medical Association (KNMG) supports euthanasia in principle if there is no alternative, but has distanced itself from the NVVE initiative, arguing that giving it the name Life End will foster the idea that it is for those who it said are simply “weary of life” rather than those who are sick.

It has also questioned whether Life End doctors will have the chance to forge the necessary relationship with a patient to be able to ascertain whether or not his or her life should be ended.

But Jan Kuyper, of the Life End Clinic Foundation, said: “We’re not trying to push any boundaries here.” He said it was quite possible that the mobile teams would not end up carrying out a mercy killing, either due to medical questions about the case or if doubt is cast on the patient’s motives.

Little is known about the Life End teams. But one of the team leaders is believed to be a 67-year-old retired doctor who carried out 20 mercy killings during his medical career.

The teams would be limited to one house visit a week to minimise the psychological burden on them.

In neighbouring Germany, where mercy killings are strictly illegal, euthanasia opponents were particularly vocal in expressing their outrage at the developments. “This is an inhumane proposal,” said the German Hospice Foundation, while the group Life Rights for Everyone called it a “warped understanding of [the meaning of] autonomy”.

Permanent link to this article: https://www.peytonspaces.com/2012/03/03/dutch-mobile-euthanasia-liberalism-and-progressivism-gone-wild/