NO VIOLENCE USE YOUR VOTE!!

‘Near Poor’ Startle the Census!

Older, Suburban and Struggling, ‘Near Poor’ Startle the Census 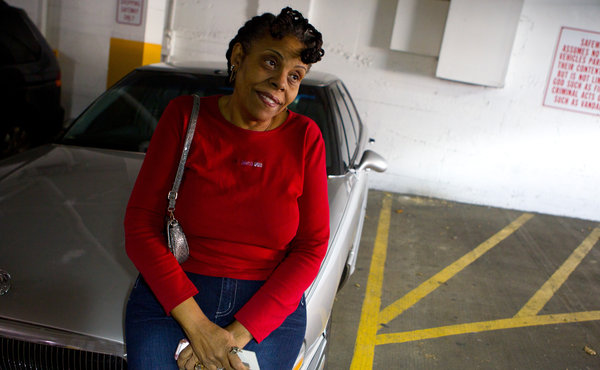 Belinda Sheppard and two adult children live above the poverty line, and barely cover their bills.

WASHINGTON — They drive cars, but seldom new ones. They earn paychecks, but not big ones. Many own homes. Most pay taxes. Half are married, and nearly half live in the suburbs. None are poor, but many describe themselves as barely scraping by.

Down but not quite out, these Americans form a diverse group sometimes called “near poor” and sometimes simply overlooked — and a new count suggests they are far more numerous than previously understood.

When the Census Bureau this month released a new measure of poverty, meant to better count disposable income, it began altering the portrait of national need. Perhaps the most startling differences between the old measure and the new involves data the government has not yet published, showing 51 million people with incomes less than 50 percent above the poverty line. That number of Americans is 76 percent higher than the official account, published in September. All told, that places 100 million people — one in three Americans — either in poverty or in the fretful zone just above it.

After a lost decade of flat wages and the worst downturn since the Great Depression, the findings can be thought of as putting numbers to the bleak national mood — quantifying the expressions of unease erupting in protests and political swings. They convey levels of economic stress sharply felt but until now hard to measure.

The Census Bureau, which published the poverty data two weeks ago, produced the analysis of those with somewhat higher income at the request of The New York Times. The size of the near-poor population took even the bureau’s number crunchers by surprise.

“These numbers are higher than we anticipated,” said Trudi J. Renwick, the bureau’s chief poverty statistician. “There are more people struggling than the official numbers show.”

Outside the bureau, skeptics of the new measure warned that the phrase “near poor” — a common term, but not one the government officially uses — may suggest more hardship than most families in this income level experience. A family of four can fall into this range, adjusted for regional living costs, with an income of up to $25,500 in rural North Dakota or $51,000 in Silicon Valley.

But most economists called the new measure better than the old, and many said the findings, while disturbing, comported with what was previously known about stagnant wages.

“It’s very consistent with everything we’ve been hearing in the last few years about families’ struggle, earnings not keeping up for the bottom half,” said Sheila Zedlewski, a researcher at the Urban Institute, a nonpartisan economic and social research group.

Patched together a half-century ago, the official poverty measure has long been seen as flawed. It ignores hundreds of billions the needy receive in food stamps, tax credits and other programs, and the similarly large sums paid in taxes, medical care and work expenses. The new method, called the Supplemental Poverty Measure, counts all those factors and adjusts for differences in the cost of living, which the official measure ignores.

The results scrambled the picture of poverty in many surprising ways. The measure shows less severe destitution, but a bit more overall poverty; fewer poor children, but more poor people over 65.

Of the 51 million who appear near poor under the fuller measure, nearly 20 percent were lifted up from poverty by benefits the official count overlooks. But more than half were pushed down from higher income levels: more than eight million by taxes, six million by medical expenses, and four million by work expenses like transportation and child care.

Demographically, they look more like “The Brady Bunch” than “The Wire.” Half live in households headed by a married couple; 49 percent live in the suburbs. Nearly half are non-Hispanic white, 18 percent are black and 26 percent are Latino.

Perhaps the most surprising finding is that 28 percent work full-time, year round. “These estimates defy the stereotypes of low-income families,” Ms. Renwick said.

Among them is Phyllis Pendleton, a social worker with Catholic Charities in Washington, who proudly displays the signs of a hard-won middle-class life. She has one BlackBerry and two cars (both Buicks from the 1990s), and a $230,000 house that she, her husband and two daughters will move into next week.