WHAT DEMS SAY BEHIND OBAMA’S BACK!!!

The Exasperation of the Democratic Billionaire

Real-estate and newspaper mogul Mortimer Zuckerman voted for Obama but began seeing trouble as soon as the stimulus went into the pockets of municipal unions.

‘It’s as if he doesn’t like people,” says real-estate mogul and New York Daily News owner Mortimer Zuckerman of the president of the United States. Barack Obama doesn’t seem to care for individuals, elaborates Mr. Zuckerman, though the president enjoys addressing millions of them on television.

The Boston Properties CEO is trying to understand why Mr. Obama has made little effort to build relationships on Capitol Hill or negotiate a bipartisan economic plan. A longtime supporter of the Democratic Party, Mr. Zuckerman wrote in these pages two months ago that the entire business community was “pleading for some kind of adult supervision” in Washington and “desperate for strong leadership.” Writing soon after the historic downgrade of U.S. Treasury debt by Standard & Poor’s, he wrote, “I long for a triple-A president to run a triple-A country.”

His words struck a chord. When I visit Mr. Zuckerman this week in his midtown Manhattan office, he reports that three people approached him at dinner the previous evening to discuss his August op-ed. Among business executives who supported Barack Obama in 2008, he says, “there is enormously widespread anxiety over the political leadership of the country.” Mr. Zuckerman reports that among Democrats, “The sense is that the policies of this government have failed. . . . What they say about [Mr. Obama] when he’s not in the room, so to speak, is astonishing.” 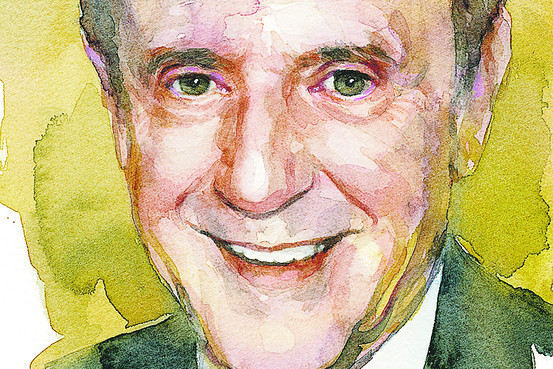 We are sitting on the 18th floor of a skyscraper the day after protesters have marched on the homes of other Manhattan billionaires. It may seem odd that most of the targeted rich people had nothing to do with creating the financial crisis. But as Mr. Zuckerman ponders the Occupy Wall Street movement, he concludes that “the door to it was opened by the Obama administration, going after the ‘millionaires and billionaires’ as if everybody is a millionaire and a billionaire and they didn’t earn it. . . . To fan that flame of populist anger I think is very divisive and very dangerous for this country.”

This doesn’t mean that Mr. Zuckerman opposes the protesters or questions their motives. When pressed, he concedes that the crowd in Lower Manhattan may include some full-time radicals, but he argues that the protesters are people with a legitimate grievance, as the country suffers high unemployment and stagnant middle-class incomes.

It is a subject he has obviously studied at length, and he explains how the real unemployment rate is actually well above the official level of 9.1%, which only measures people who have applied for a job within the previous four weeks. In fact, he says, unemployment has even surged beyond the Department of Labor’s “U-6” number of 16.5% that has received increasing attention lately because it includes people who have given up looking for work within the past year, plus people who have been cut back from full-time employees to part-timers.

Mr. Zuckerman says that when you also consider the labor-force participation rate and the so-called “birth-death series” that measures business starts and failures, the real U.S. unemployment rate is now 20%. His voice rising with equal parts anger and sadness, he exclaims, “That’s not America!”

It certainly isn’t the America that Mr. Zuckerman discovered when he moved south from Canada to study at Wharton and Harvard Law School, graduating from both in the early 1960s. He reports feeling immediately at home and says he never considered returning “because of the sheer openness and energy of life in America.”

The U.S. “has fundamentally great qualities,” he says. “It’s a society that welcomes talent, nourishes talent, admires talent . . . and rewards talent.” But he sees “potentially catastrophic” political and fiscal problems. Mr. Zuckerman reports that when he was a young man, 50% of the top quartile of graduates from Canadian universities moved to the U.S. Now, he says, “I don’t want my daughter telling me, ‘Dad, I want to move back to Canada because that’s the land of opportunity.'”

Mr. Zuckerman’s bearish outlook since 2006 has been good for his business. That’s when he decided that there was a bubble in commercial real estate and his publicly traded real estate investment trust needed to sell some of its office buildings.

‘We’ve had a strategy in our business of trying to have ‘A’ assets in ‘A’ locations. I think we had 126 buildings at that point and we came to the conclusion that 16 of them were either A assets in B locations or B assets in A locations, like 280 Park [Avenue in New York]—it was a great address but not a good building. So we sold. We got through 15 of the 16 and we raised in the range of four and a half billion dollars,” he says.

Once the downturn began, that cash pile helped him buy some famous properties at depressed prices, such as the General Motors building in New York and the John Hancock Tower in Boston. But he says his firm is still prepared for possible rough economic times ahead. “We’re keeping it very liquid,” he says, “because I don’t know where this is going.”

Mr. Zuckerman maintains that America will solve its problems over the long haul—”I am not somebody who’s pessimistic about this country. I have had a life that’s been better than my fantasies,” he says—but he’s certainly pessimistic about the current administration. That began shortly after inauguration day in 2009.

At that time he supported Mr. Obama’s call for heavy spending on infrastructure. “But if you look at the make-up of the stimulus program,” says Mr. Zuckerman, “roughly half of it went to state and local municipalities, which is in effect to the municipal unions which are at the core of the Democratic Party.” He adds that “the Republicans understood this” and it diminished the chances for bipartisan legislating.

Then there was health-care reform: “Eighty percent of the country wanted them to get costs under control, not to extend the coverage. They used all their political capital to extend the coverage. I always had the feeling the country looked at that bill and said, ‘Well, he may be doing it because he wants to be a transformational president, but I want to get my costs down!'”

Mr. Zuckerman recalls reports of Mr. Obama consulting various historians on the qualities of a transformational president. “But remember, transformations can go up and they can go down.”

Now comes the latest fight over Mr. Obama’s jobs plan, which has as its centerpiece a tax increase on the wealthy with obvious populist appeal. Mr. Zuckerman supports raising taxes on the rich but says such a proposal cannot be taken seriously unless it’s paired with other measures to grow the economy and restrain deficit spending. He also wonders why, if the president wanted to get a plan enacted, he didn’t begin with private bipartisan discussions with House and Senate leaders, instead of another address to a joint session of Congress.

“Even if you want to do this to revive your support in the base, to revive your credibility on the issues of the economy and jobs, which has fallen off the table, this isn’t going to accomplish it. Another speech from this guy? The country knows this is just another speech. They understand it almost instantaneously, and his numbers have continued to go down for that reason. What the country wanted was some way of coming up with a solution.”

The only solution Mr. Zuckerman sees now to juice the economy “is to broaden the tax base and simplify and lower tax [rates]. To me that will be as close to revenue-neutral as you’re going to have so it isn’t going to be seen as a budget buster.” He views GOP candidate Herman Cain’s “9-9-9 plan” as a “little bit simple-minded,” but he says that a reform that closes loopholes and reduces compliance costs will stimulate both business and consumer spending.

Unprompted, he spends much of our discussion reminiscing about the Reagan presidency. Mr. Zuckerman has for years owned U.S. News and World Report, and in 1986 its Moscow correspondent Nicholas Daniloff was seized without warning by the KGB.

Mr. Zuckerman immediately flew to Russia but returned home when Soviet officials refused to release their new prisoner. “I worked in the White House for the next four weeks virtually every day and through that I met Reagan,” says Mr. Zuckerman. Reagan secured Mr. Daniloff’s release in a swap that included a Soviet spy held in the U.S.

“Reagan surprised me,” says Mr. Zuckerman. “He got the point of every argument. . . . He was very decisive. And everybody loved working for him. They followed his lead because they really respected his decisiveness and his instincts.”

‘I was not a Republican and I was not an admirer of his before I knew him,” continues Mr. Zuckerman. “And you know, Harry Truman had a wonderful definition for the presidency. He said the president has to be someone who can persuade the American people to do what they don’t want to do and to like it. And that’s what you have to do. Somebody like Reagan had that authority. He was liked so much and he had a kind of moral authority. That’s what this president has lost.”

“Democracy does not work without the right leadership,” he says later, “and you can’t play politics.” The smile inspired by Reagan memories is gone now and Mr. Zuckerman is pounding his circular conference table. “The country has got to come to the conclusion at some point that what you’re doing is not just because of an ideology or politics but for the interests of the country.”

Mr. Freeman is assistant editor of the Journal’s editorial page.

This copy is for your personal, non-commercial use only. Distribution and use of this material are governed by our Subscriber Agreement and by copyright law

Permanent link to this article: https://www.peytonspaces.com/2011/10/16/what-dems-say-behind-obamas-back/